Last Friday night was my final field-trip of the season. My good friend Dave Harris has been carrying out daytime surveys for a few years at Halcombe Farm, which is an area of chalk grassland on the north eastern edge of Peacehaven, close to Piddinghoe. The farm is less active now than it was in the past, but it is clearly an historical area and the 17th-century farmhouse, one of several historic buildings in the area, is testament to this.

Valley Road, which runs eastwards from north Peacehaven until it meets the C7 Lewes to Newhaven road, traces the line of one of the many dry valleys which cut through the Sussex chalk downs. The alluvial silts which line these valleys provide a narrow ribbon of lower pH habitat for some species which are not otherwise present on the chalk. The Common Heath (Ematurga atomaria) moth is a good example. When Dave approached me with an opportunity to run some light traps on the private land there, I was really happy to accept his offer.

Three of us - Dave, my mate Jim McHugh and I - arrived at 7pm and we received a friendly welcome from the landowner Colin Appleton and his son Paul. We selected an elevated spot on the northern bank of the dry valley and carried the gear up to a convenient plateau (it is best to avoid valley bottoms in September because the cold air collects and stills the moths). The equipment we used was a 125W mercury vapour light and twin 30W actinic light, both set on Robinson traps.

We ran the traps from 7.45pm until half past midnight. Tawny and Barn owls made their presence known and, as the sky cleared, the expected fog rolled in. We ate chocolate, enjoyed good conversation, stood with the bright light to our backs and made glorious Brocken Spectres against the sky. We also saw some good moth species.

There were more moths than expected - double the number that we saw the previous week just to the south at the Valley Ponds in Newhaven. Thirty nine species and 122 moths made up the list as follows:

Posted by Steven Teale at 12:20 No comments:


On Friday 19th my Lewes District Council colleague (Dan Fagan) and I put on a moth survey for local residents of the Valley Ponds open space in Newhaven and to begin recording some of the species which are present around the ponds and gardens. This is a lovely little reserve and, I think, a perfect example of the archetypal open space: surrounded by, visited by and valued by lots of local residents.


We ran two light traps from 7.45pm until 11.15pm. It was a beautiful clear, calm and warm night and an electrical storm somewhere off to the east provided additional interest. A really pleasing number of people (maybe 40 to 50) joined us to see which species were on the wing. Some good friends from the Castle Hill nature reserve also joined us. It was a pleasure to spend a few hours with such a friendly bunch and to see such enthusiasm in the many children who wowed at the moths as they flew in. This makes the effort worthwhile and I would happily visit again in the future.


The moths regrettably didn't exceed the number of people by very many (29 species, 59 individuals), but the very last moth of the night proved to be a nationally scarce species: the Scarce Water-veneer. Here is a list of what we saw:

The late and highly respected lepidopterist (and WW1 veteran) Guy Botwright lived very close to the Valley Ponds. He recorded moths and butterflies in this area (and farther afield) for decades until a few years before his passing at 102 years of age in 2000. The rich legacy of amateurs such as Guy cannot be overestimated and, for me, this added an additional layer of interest to our little list compiled on Friday night. I hope the locals are inspired to continue where Guy left off and I hope Dan and I have provided a helping hand...

Friday 12th September 2014 - a lovely afternoon spent walking along the transect route. Sunny (90%), warm (20°C), a bit of an easterly breeze but very warm in the more sheltered spots. Crickets and grasshoppers were buzzing in the grass and scrub, shieldbugs basking in the sun - but if you are looking at those then you are not focusing on the butterflies and moths!

Other observations
The area of vegetated shingle to the west of the slumps beneath the cliffs is becoming more established. I wonder whether this will develop to emulate the flora along the coast at Shoreham Beach? 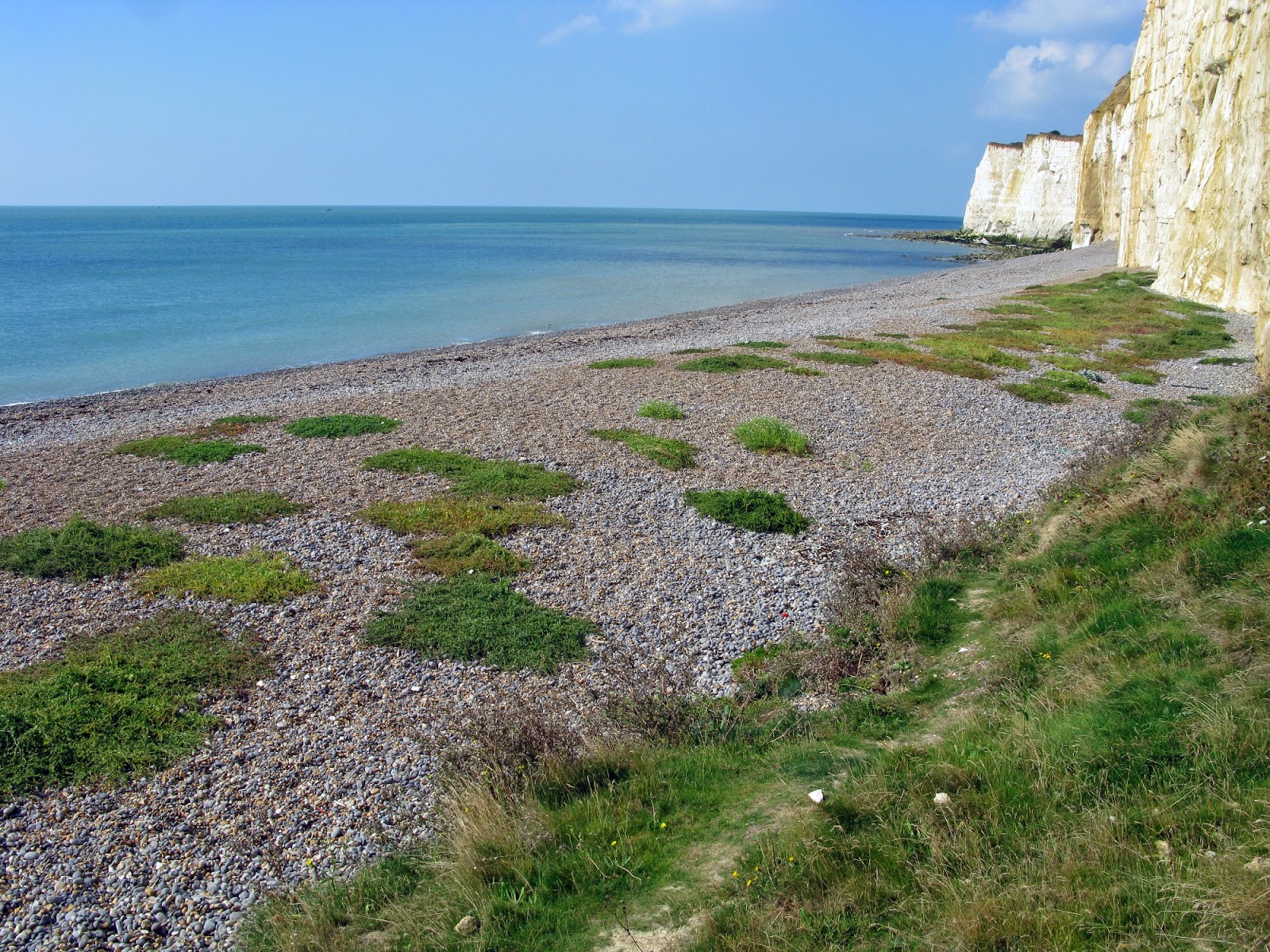 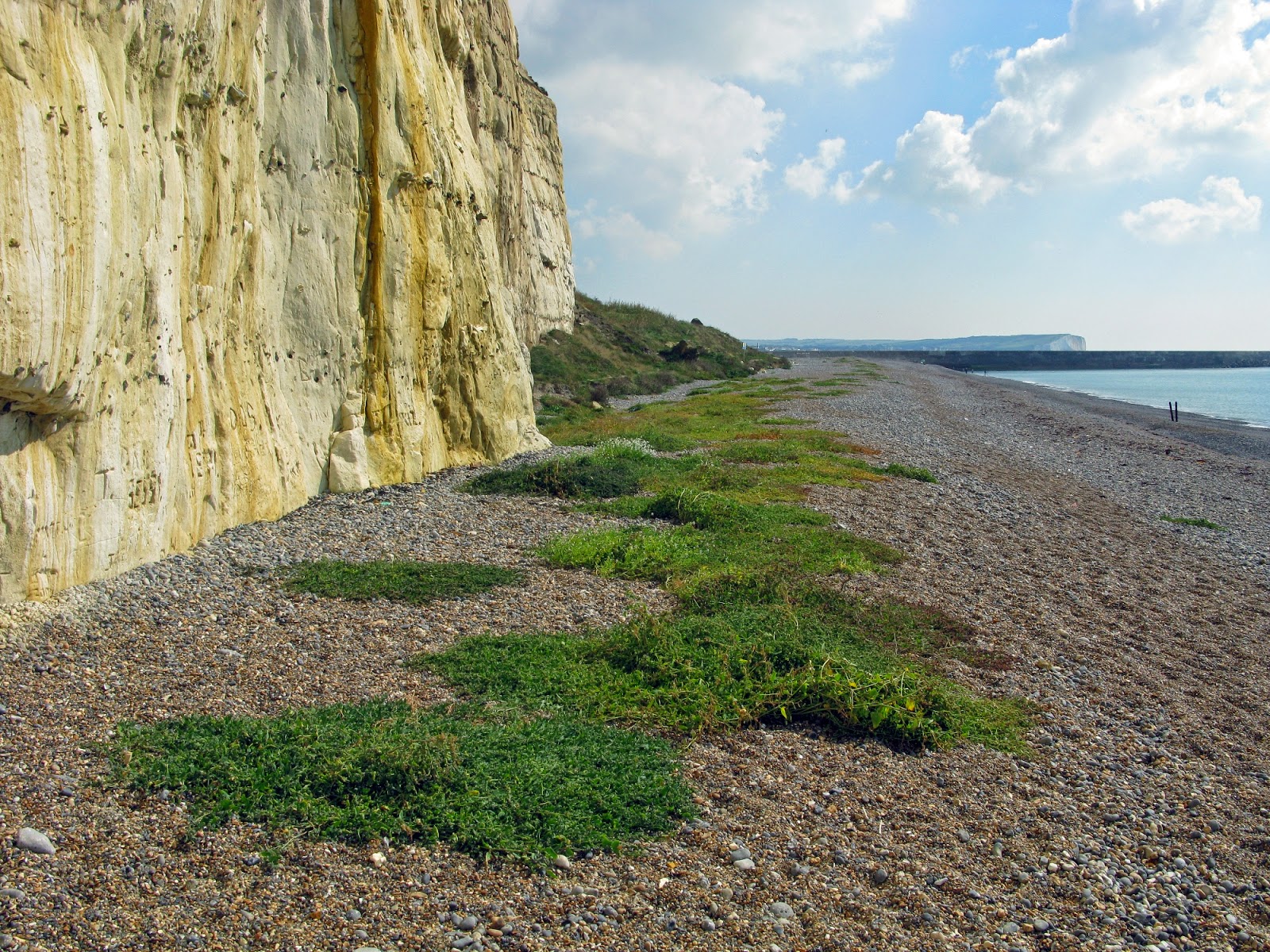 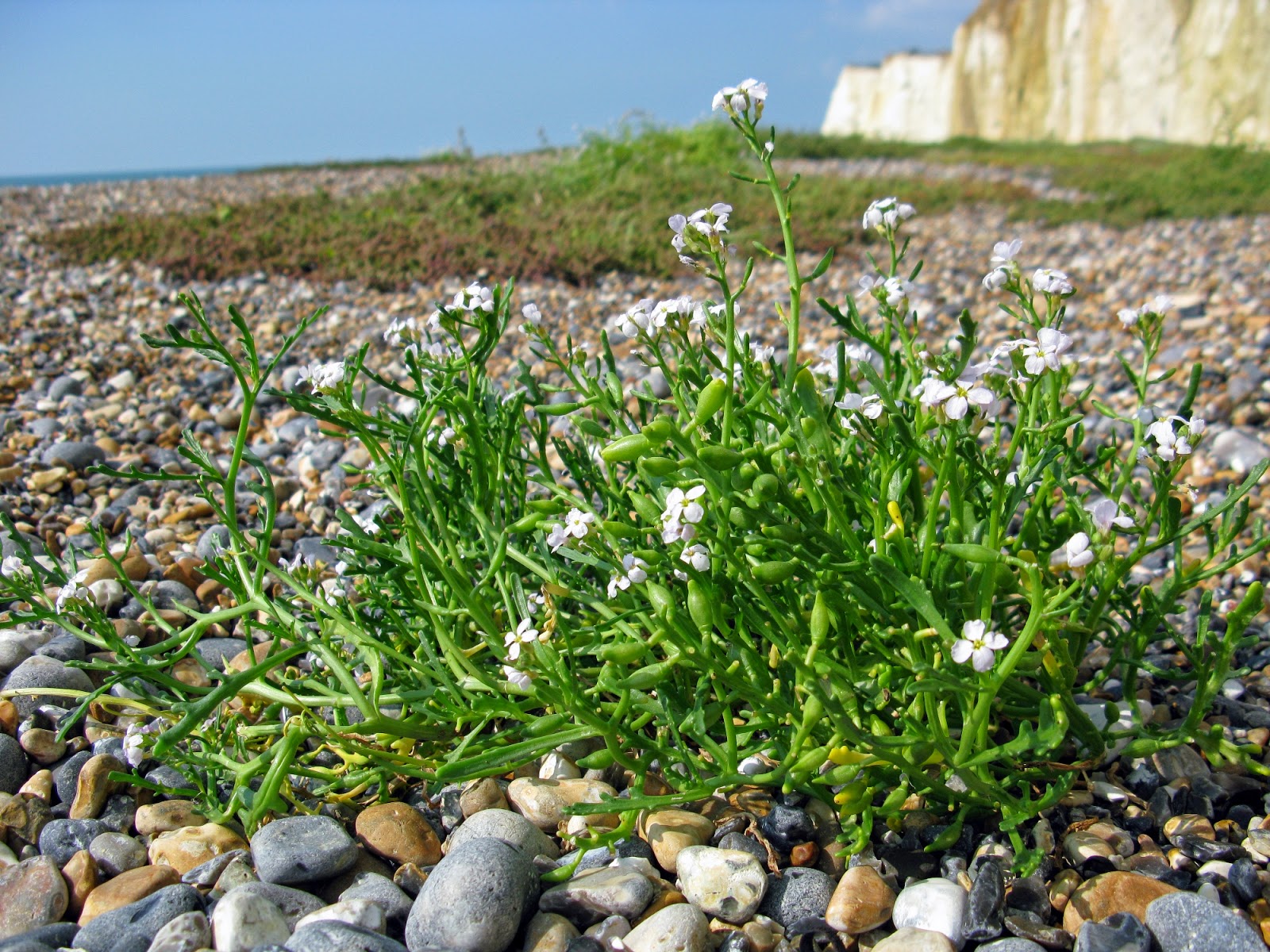 The area of vegetated shingle looking east and west below the cliffs, plus Sea Rocket (Cakile maritima).

Posted by Steven Teale at 22:19 No comments:

A friend of mine has suggested that I include an explanation of what a transect walk is, alongside the latest list of recordings.

Here goes - and this is a personal and non-exhaustive list of what a transect walk is. It is:
People will think of other things to add to the list, but I hope the above will provide an insight into why Dave and I do the walk. One could be forgiven for thinking it is strange for a grown man to wander along the clifftop muttering Latin into a voice recorder, but I promise it is for a worthy cause.


The UK Butterfly Monitoring Scheme (UKBMS) describes its dataset as being "one of the most important resources for understanding changes in insect populations". See http://www.ukbms.org/about.aspx for further information.

Castle Hill LNR has been the subject of a weekly butterfly and moth transect walk for four years, so it is still in its infancy. During that time we have demonstrated that there are a lot of Common Blue butterflies, but no Adonis or Chalkhill Blues; very high numbers of Gatekeeper, Meadow Brown and Marbled White, yet rarely any Ringlets; very good numbers of Brown-tail Moth caterpillars, yet only rarely any Common Heath - which are locally common a little to the west near Peacehaven; and a pretty good site for some of the rarer maritime species as well as immigrants from continental Europe. It is hoped the data we collect from the fifteen sections which form the walk will become a valuable resource in the years ahead, particularly so for resident species reproducing on the reserve. I hope to remain fit enough to continue the walk for many years to come.

I'm not much of a pan-species recorder, but I get a buzz when I add a new species to my so-called 'life-list', and especially so when it is a chance discovery - a bonus when you are least expecting it. My favourite is possibly a Bloxworth Snout which flew into my face in the car park at work a few winters ago, or maybe my first Woodcock, which I rescued in the snow on two consecutive days from some fruit cloches when I was twelve years old. I still have a feather it dropped when I picked it up.

On 3rd September this year I spotted a small Het bug on my letterbox on my arrival home from work. It turned out to be Coriomeris denticulatus (Denticulate Leatherbug), a common species - but a new entry in my list of recorded Heteroptera. The Het bug list is a modest 48 species, but it's growing.

Posted by Steven Teale at 20:07 No comments:


Newhaven is blessed with open spaces. Looking west from Denton and Mount Pleasant one can see three chalk heathland 'peaks' running roughly north to south: to the north is Bollen's Bush, which includes the last remaining segment of ancient woodland in the town; to the south is Castle Hill Local Nature Reserve, a magnificent site for naturalists, geologists and active types; in between is Meeching Down SNCI - known as the Union field to old timers and the place where, many years ago, I learned to ride a bicycle. The latter, sadly, has been rather neglected over the years, but I'm hoping that will change sometime soon.

Back to the southern-most location: Castle Hill LNR. I share a weekly transect walk with my mate Dave at this beautiful maritime reserve. the purpose is to record butterflies and day-flying moths along with some of the other invertebrates. We sometimes have to share the space with adventure-seekers and beach-goers with BBQs, but it pleases me that so many are attracted to the clifftops. Check out the webcams at the National Coastguard Institution Lookout to see what's going on: http://www.newhavenwebcams.co.uk/.

There is plenty of wildlife to see around the reserve. Here is a list of my sightings made on week 22 of this years transect walks. Some photographs are included below. 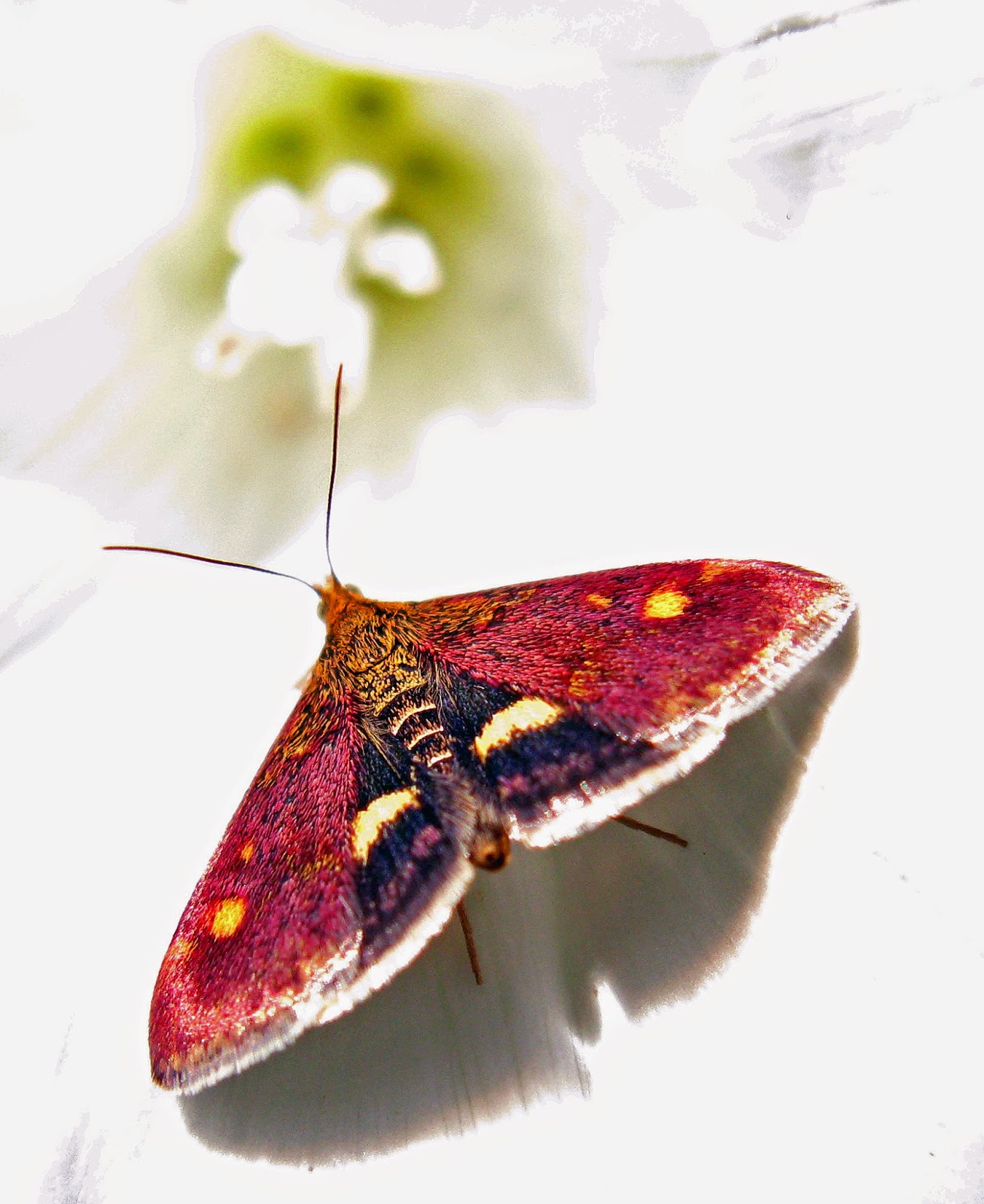 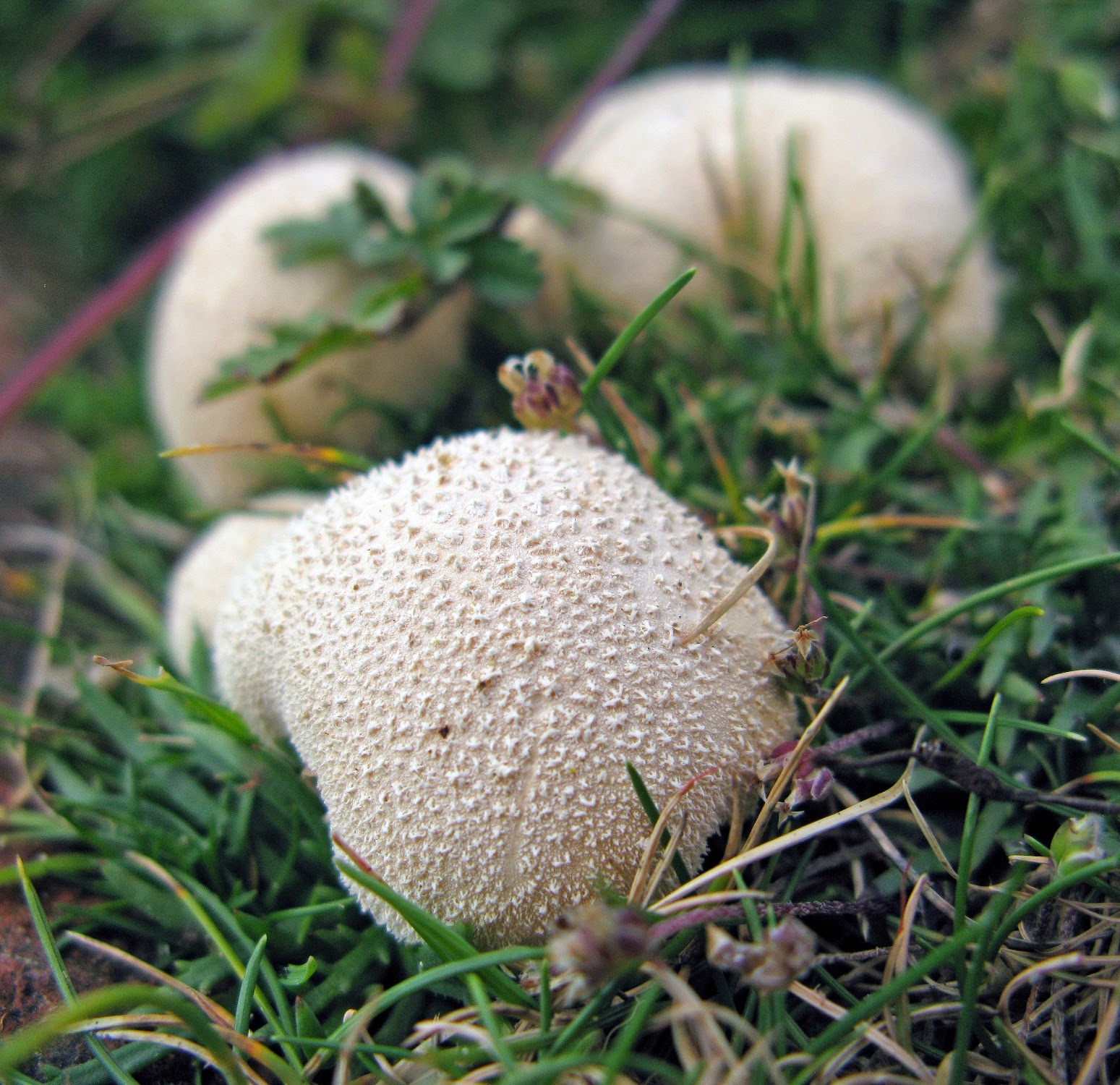 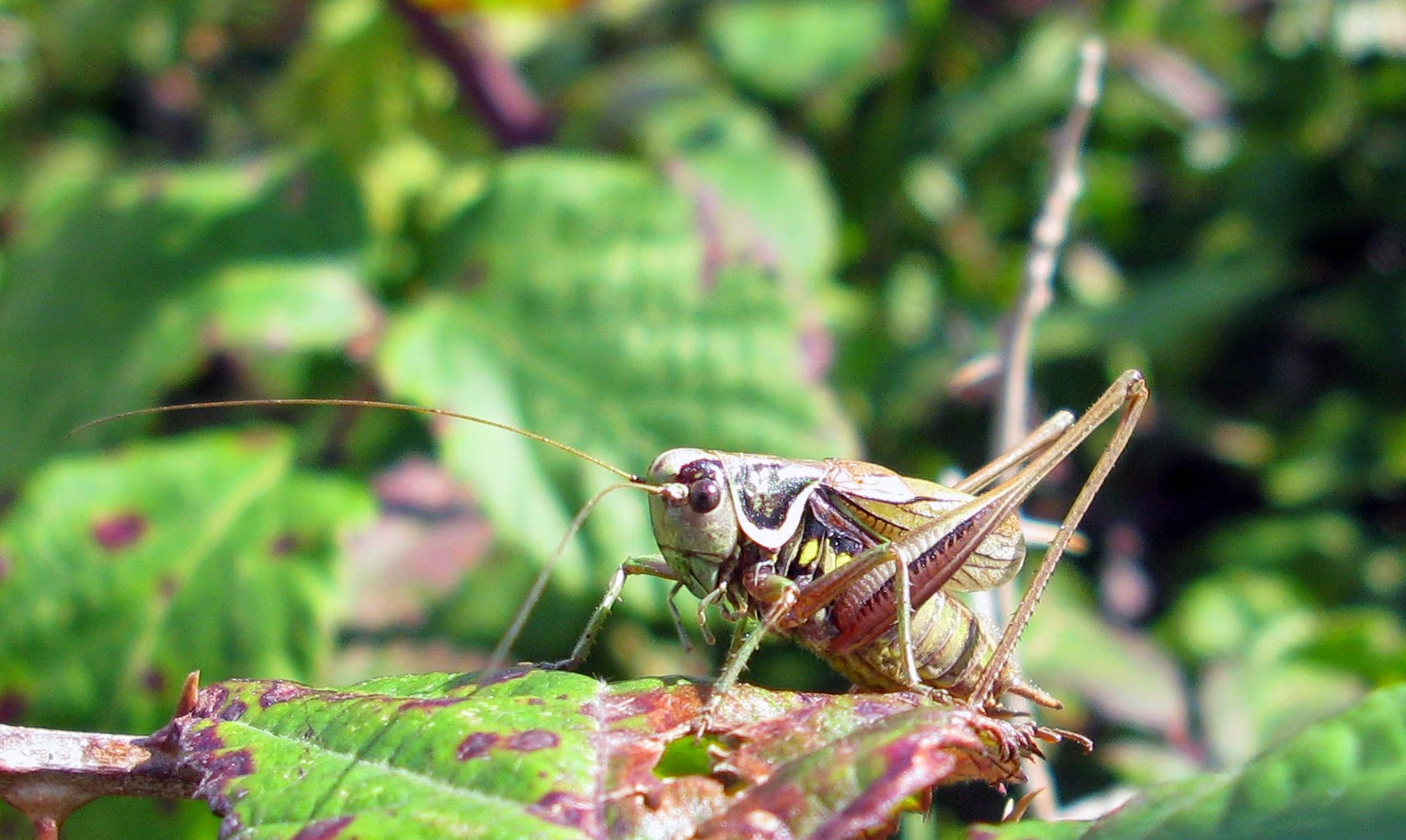 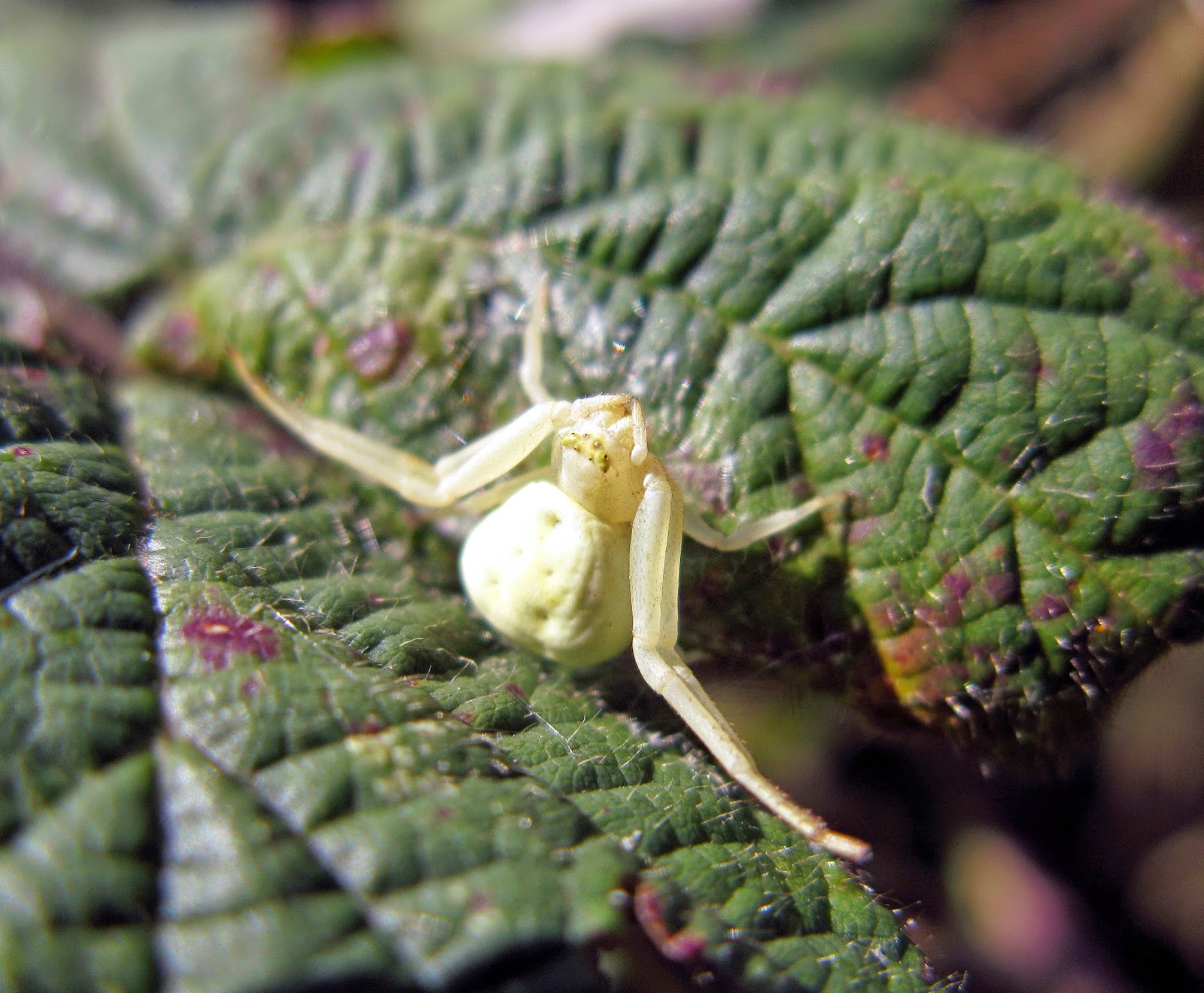 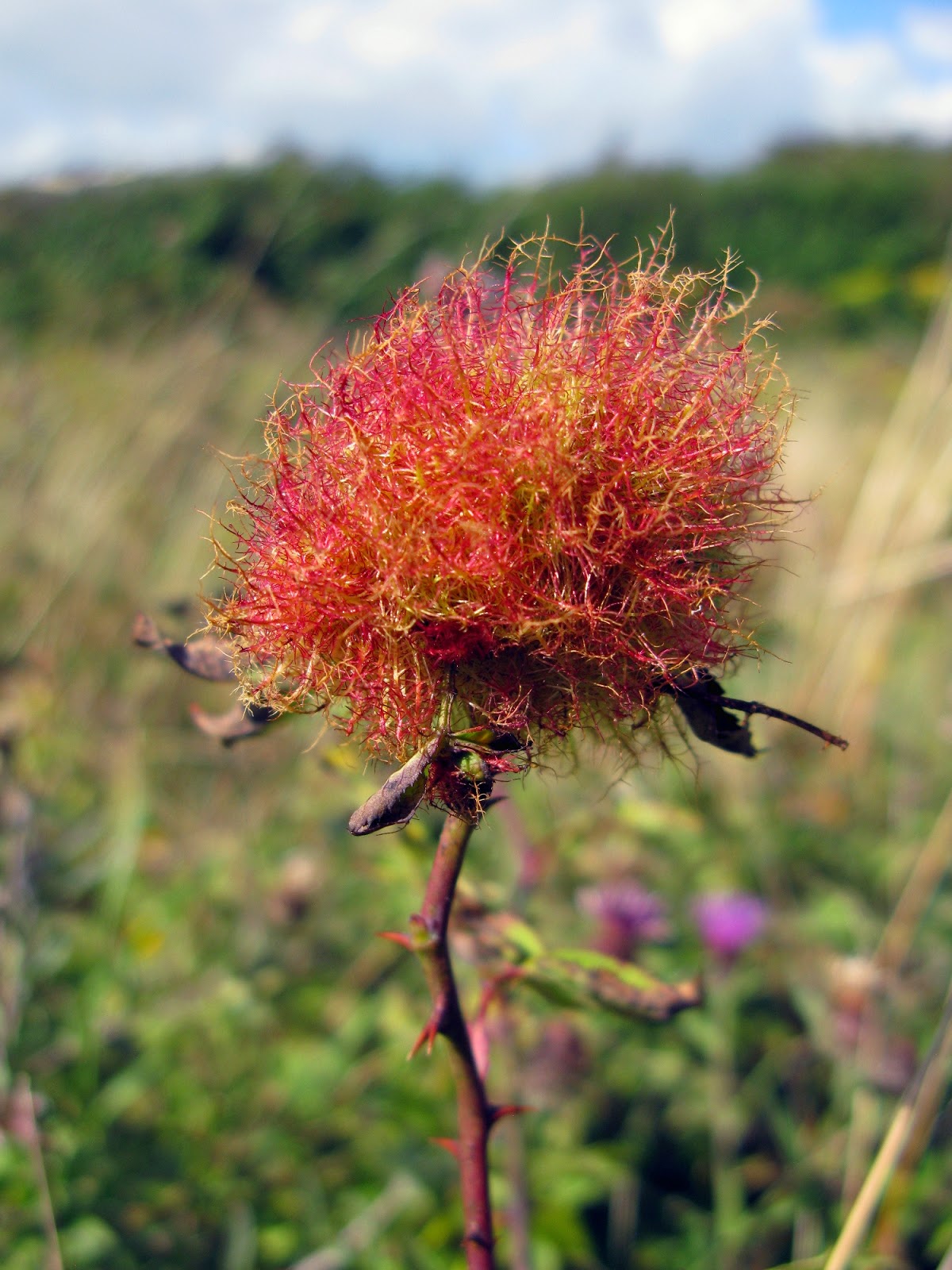 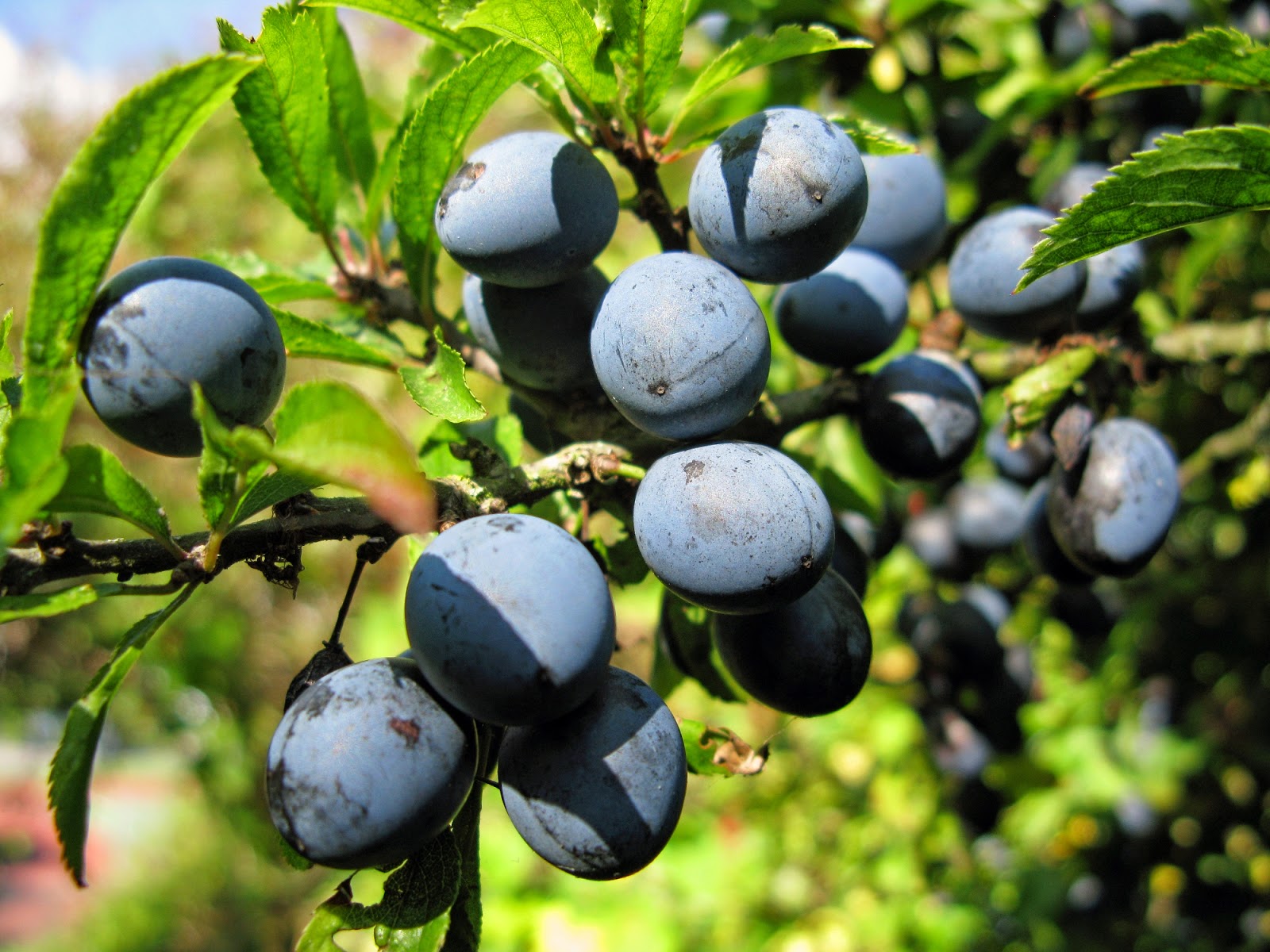 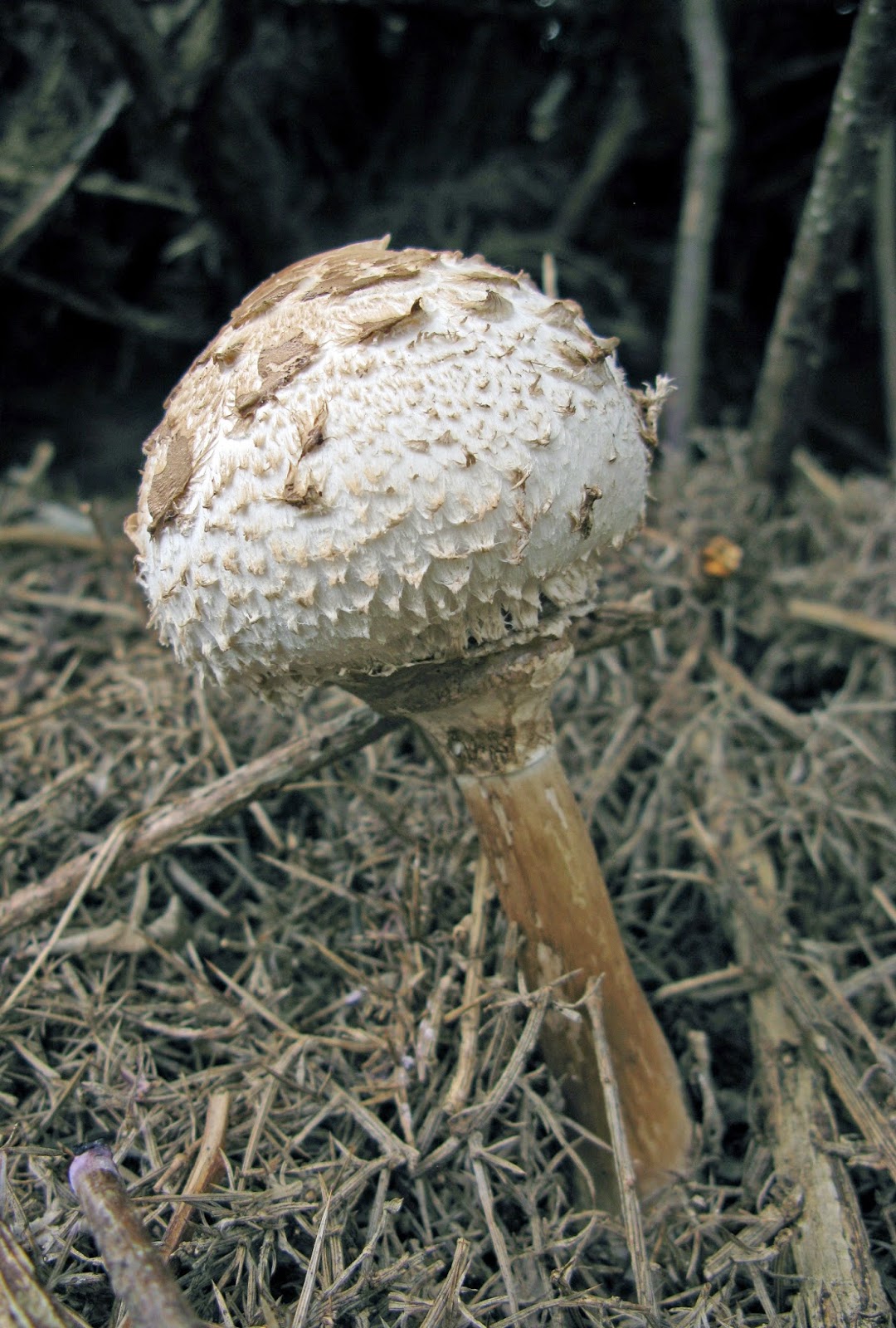 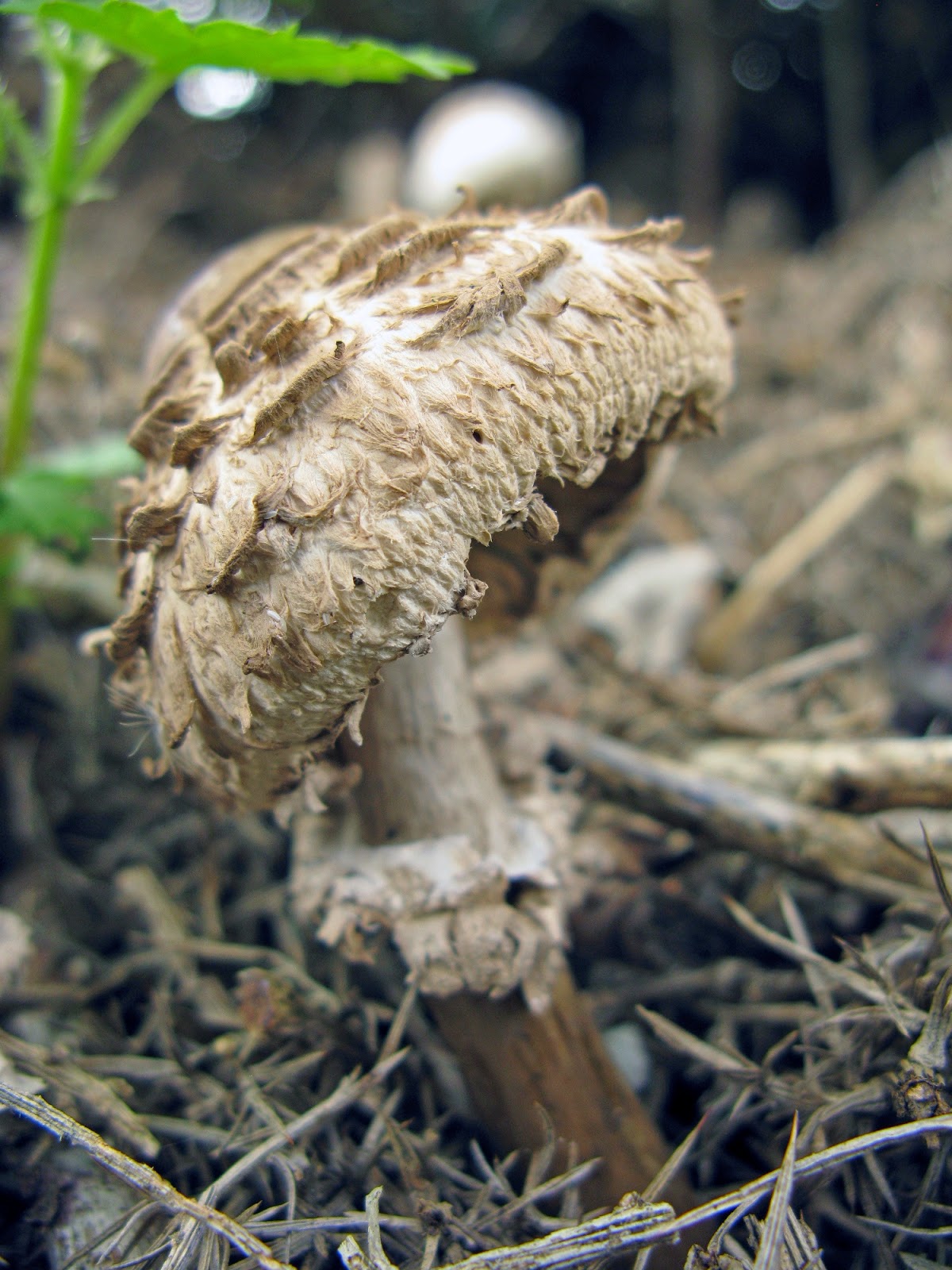