The final week in May was not remarkable for butterfly activity across the nature reserve, but it was for moths, with seven new species being seen for the first time at the site. This raises the species list for butterflies and moths to 339. The weather was not ideal and the wind and cloud kept some species from being active. Amongst the butterflies, the Green Hairstreak (Callophrys rubi) continued to show well and it seems this impressive metallic green insect is having an excellent season as it continues to become more established across the nature reserve. This was a rare sight a few years ago, but it has been one of the commoner species seen so far this year (although this is partly because it has been a poor year so far for many of the other butterfly species). Wall (Lasiommata megera) can now be seen along the grassy apex of the reserve to the west and east of the Lookout. This butterfly is a specialist of chalk downland and is always a pleasure to see at Castle Hill.


Moths were seen in good numbers this week, but these were mostly 'micro-moth' species which require a close search. It is well worth taking the time to search for these around the woody areas of the reserve though because you may be rewarded with the sight of a spectacular Sulphur Tubic (Esperia sulphurella) or Common Tubic (Alabonia geoffrella). Nine of the species seen belong to the large family of moths known as Tortrixes. Tortrix species fly at dusk and on calm, overcast days, as well as at night. The family has about 440 members, so it is one of the larger families. Forty four Tortrix species have now been recorded at Castle Hill - only another 90% are now left to find!

One of the new additions to the site list is the Cocksfoot Moth (Glyphipterix simpliciella). This is one of the smallest but most common of the British species. David and I saw an estimated ten thousand of these moths in a few hours between Lewes Racecourse and Mount Harry in Lewes some years ago. Where they are present, they can be found on the heads of yellow flowers such as buttercups, with a dozen or more nestled in a single flower-head. They are easy to find, abundant, but curiously absent from some areas where one might expect to find them. My personal opinion is that they have a preference for low-nutrient, poor-quality soils (such as chalk grassland), where the diversity of flora is greater. It is therefore a relief that this previously absent moth has finally turned up at Castle Hill after many years fruitless searching.

Other insect orders were seen in good numbers during the survey. Most of these are not counted so that attention can be focused on the butterflies and moths, but some regular species are included in my count such as dragonflies and damselflies, Heteroptera 'true' bugs (e.g. shield-bugs), some beetle families, crickets and grasshoppers. Bees, wasps and hoverflies are left for other, more knowledgeable, recorders to work on!

A dragonfly and plenty of damselflies were seen, mostly around the damp, scrubby areas on the north-facing slope - including an example of the Variable Damselfly (Coenagrion pulchellum), which it is believed is another first for Castle Hill LNR. This is a species which has a scattered distribution over England and Wales, but it is much more widespread in Ireland. It is an excellent addition to the site list and I hope that more are seen. Careful attention needs to be given during identification in order to separate it from Azure and Common Blue Damselflies. 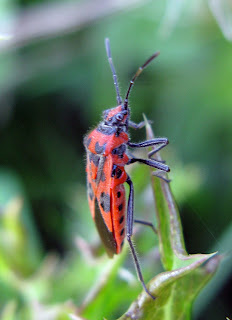 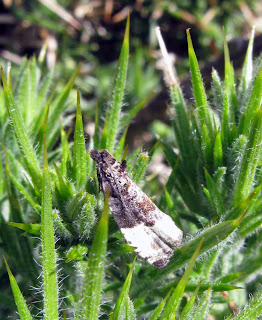 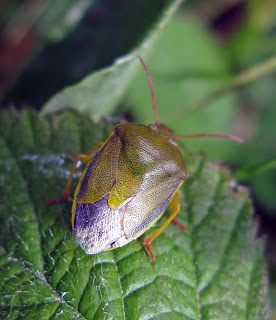 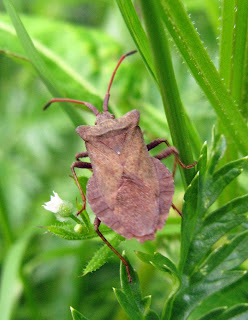