I did my transect walk on Sunday in better weather conditions than I've had recently. We're at week 20 of 28 already. I've added below a list of what I saw. Most of the flowers are now past their peak, but there is still a mass of late-summer colour. The willowherb was casting immeasurable numbers of seeds into the air and all the spider webs were spangled with them.
There were 25 species of butterfly and moth and a total of 438 individuals, which I thought was pretty good considering the time of year. I was particularly pleased to see 27 Small Heaths; it has never been a common butterfly at Castle Hill LNR and has significantly declined in the UK over the past few decades, mainly because of the loss of habitat as grazing land has been 'improved' for livestock. It is a butterfly that likes fine grasses on dry soils and Castle Hill offers some good potential habitat, particularly along the clifftops.  Annual totals since 2011 have been 3, 7, 12, 23,31 and 37, so to have seen 27 in one day, mostly along the clifftop, is great news. It has been having a good year generally and I have been counting up to 80 on some days in a meadow near The Rookery at Bishopstone.

Small Whites were seen in good numbers; it was strange to have seen 60 and not a single Large or Green-veined White to go along with them - I wonder what the odds are of that?! Clouded Yellows are beginning to make an appearance and Holly Blue numbers were good along the northern path.
Amongst the other stuff seen were quite a few Volucella hoverflies. V. zonaria and pellucens are among the most spectacular of the 7000 species of British fly. A female Wheatear was seen on the clifftop, indicating that the autumn migration is upon us. Another year if flying by! 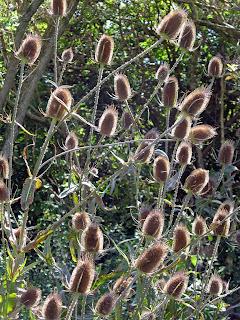 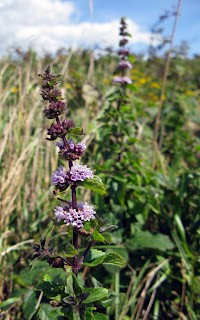 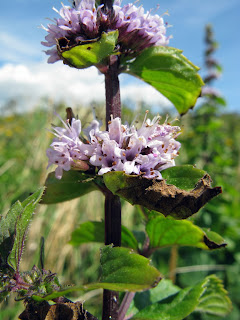 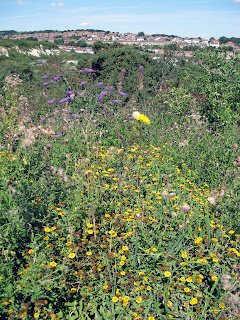 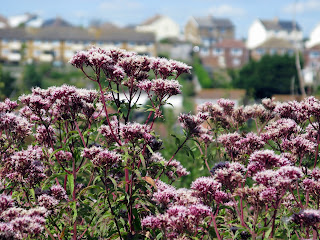