Butterflies and moths seen in Newhaven during 2016

Each year I run a moth trap at home in the garden (on 209 nights in 2016) and make fortnightly surveys of butterflies and moths at Newhaven's Castle Hill Local Nature Reserve (CHLNR) as part of a shared weekly transect walk. In addition to this I make two surveys of overwintering insects in the Newhaven Fort tunnels, which are adjacent to CHLNR and do a bit of other fieldwork around the town and further afield in Sussex. With all my 2016 data given the green light by the County Recorder, I can now share what I saw.

I've added a list below of the species seen in 2016 in order of abundance. The overall total of c.27,500 butterflies and moths (540-odd species) seen is more or less the same as in 2015, but well below the c.38,500 seen in 2014. The total last year was what it was only due to a massive immigration of Diamond-back Moths (Plutella xylostella) at the end of May and into June, during which I recorded nearly 6200 and saw many, many more. For twelve consecutive nights from 31st May until 10th June the total number of xylostella visiting my trap was in three figures on all but one night (8th), when I had 95. They reached a peak on 4th June, when I counted 1740 in my trap - that's 1740 tiny little moths not more than 6-7mm in body length. It was a good year for other migrant species; the Silver Y (Autographa gamma) made headlines when one landed on Ronaldo's face (#mothonface) and, along with Rusty-dot Pearl (Udea ferrugalis) and Rush Veneer (Nomophila noctuella), all had significantly better years than any of the previous decade or more.

The rest of the data - well, much of it - makes less impressive reading. There were a few high points, however, including records of nineteen nationally scarce species including a beautiful Rosy Wave, a Plumed Fan-foot in the garden, a Portland Ribbon Wave elsewhere in Newhaven, and good numbers of a few species which are gaining a foothold in the area - species like Jersey Tiger and Evergestis limbata, the Dark Bordered Pearl. Several inaugural species records boosted my life list to 856 species and, after six years of recording, my garden list to 663.

A record from 2015 of Cnephasia communana (Coast Shade) also came to light as being the first East Sussex record made for 110 years.

Further afield, excellent numbers of Duke of Burgundy were seen at Heyshott Down near Midhurst and another tiny moth, Ectoedemia heringella, which makes contorted mines on the leaves of evergreen oak (Quercus ilex), and with virtually no previous records in Sussex, was found virtually everywhere that evergreen oaks were found in more than fifty 1km OS grid squares.

The depressing news was that, although numbers of many other species were OK, many more were below average, probably having succumbed to unseasonably warm weather last winter. It is hoped that the frosts of this winter so far will help many species overwintering as larvae or pupae to survive and prosper in 2017. 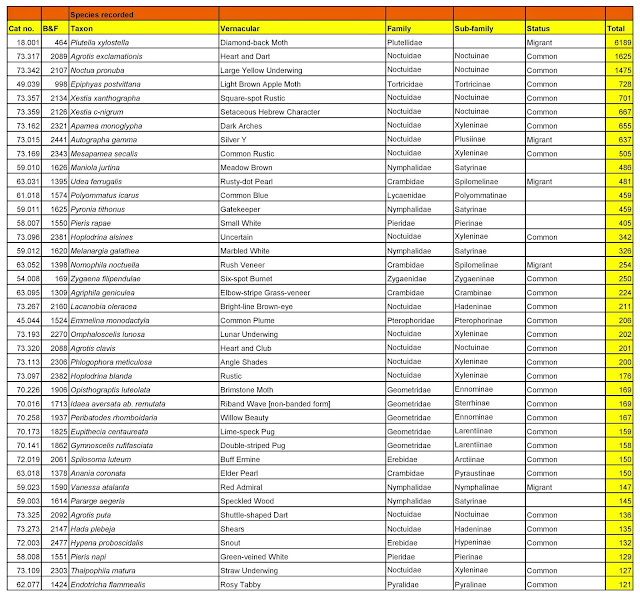 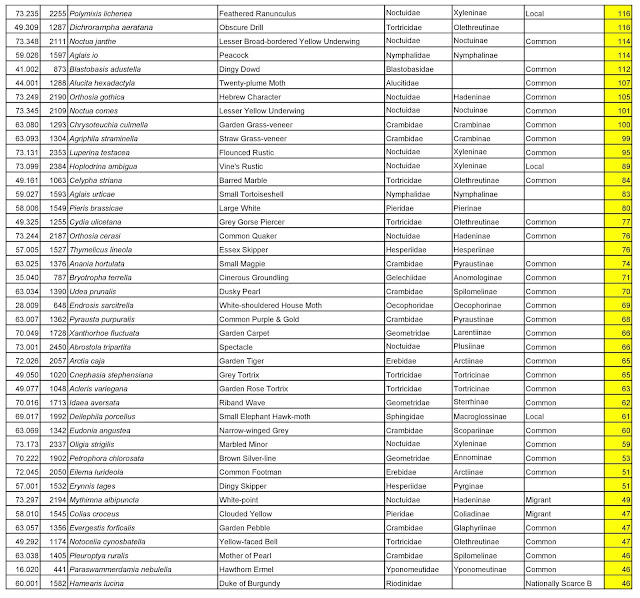 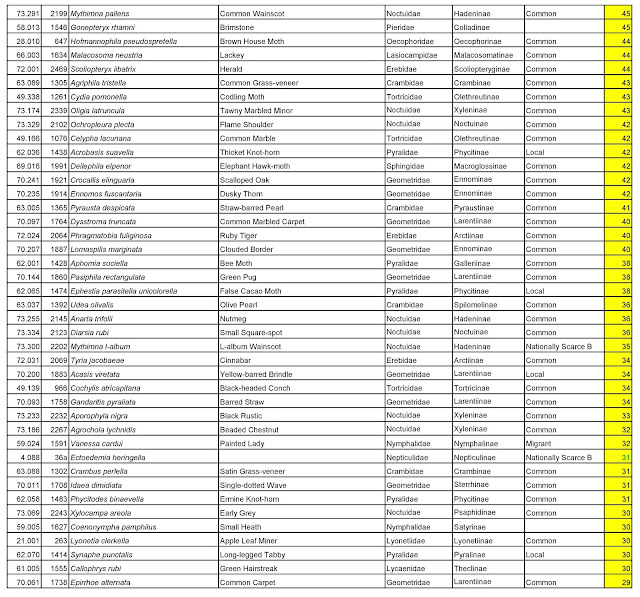 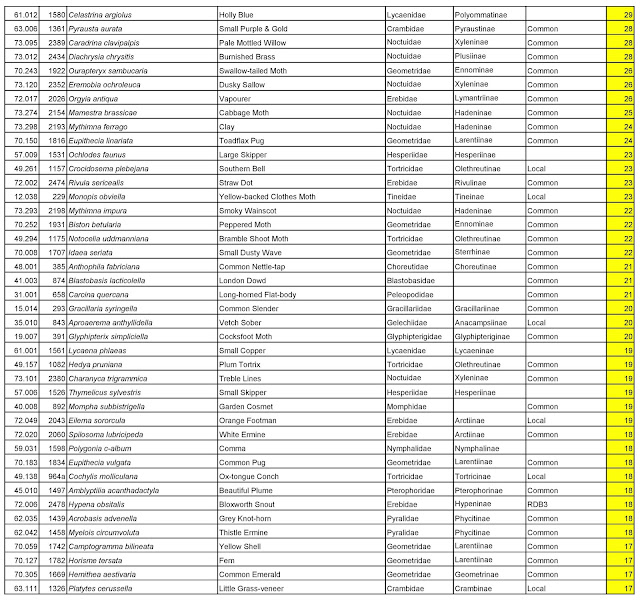 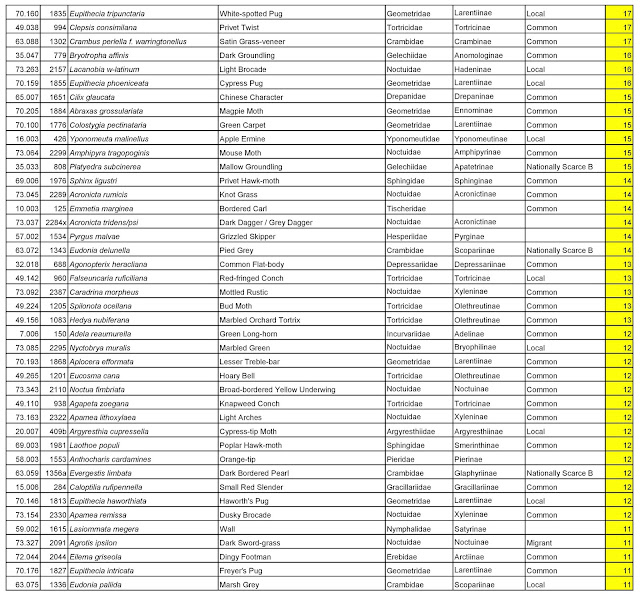 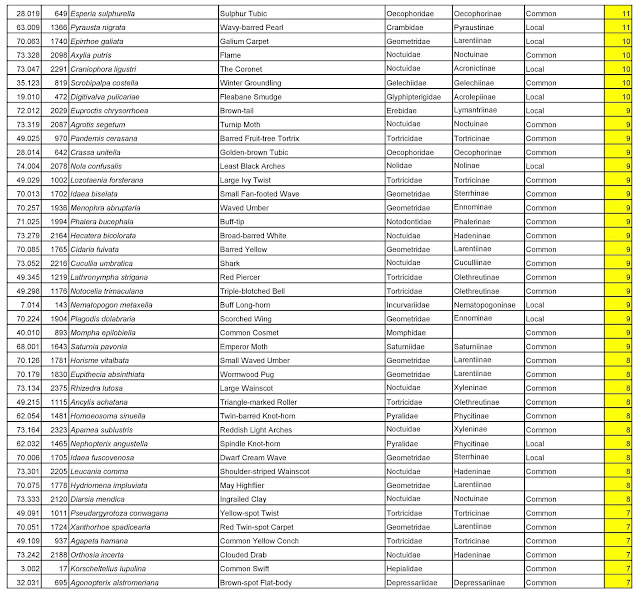 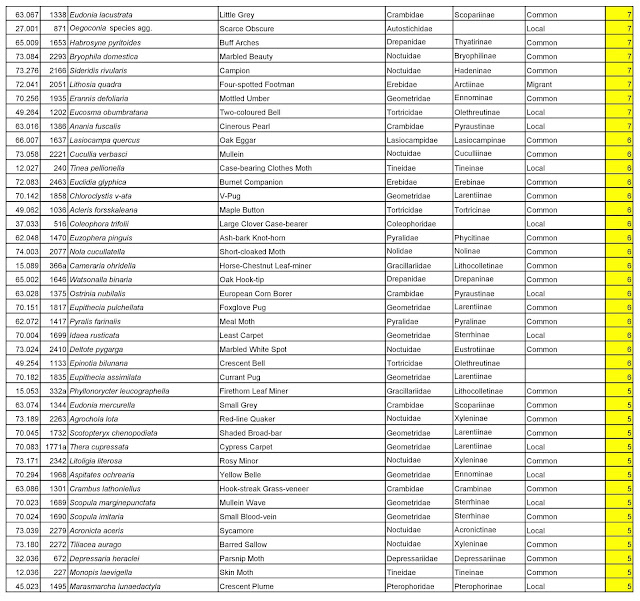 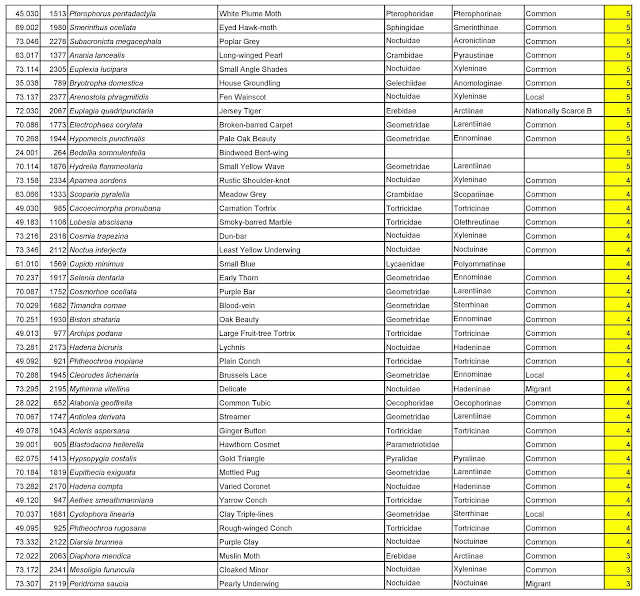 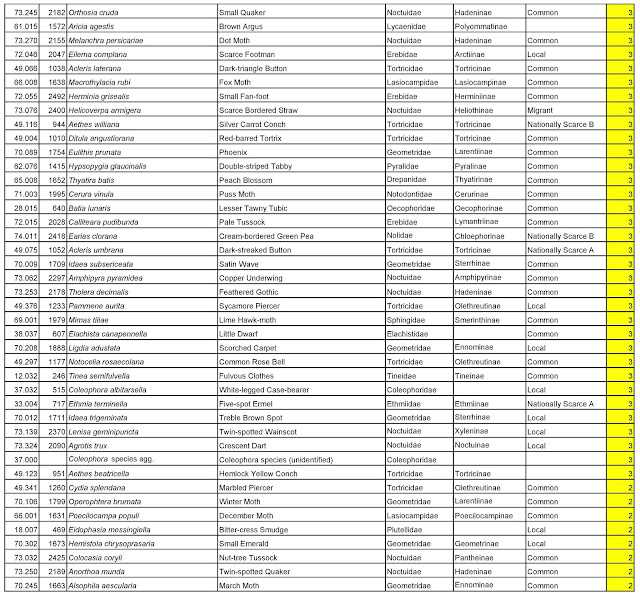 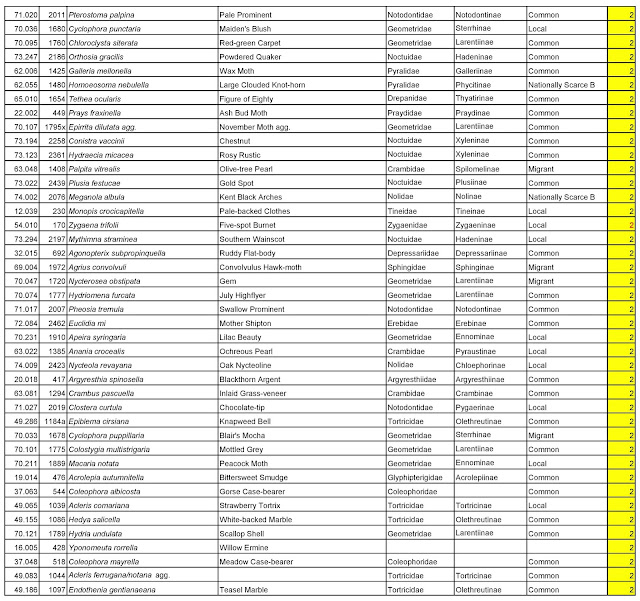 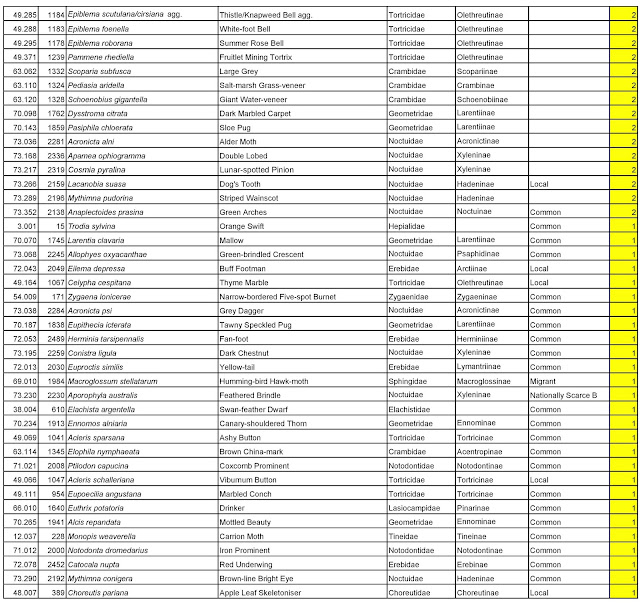 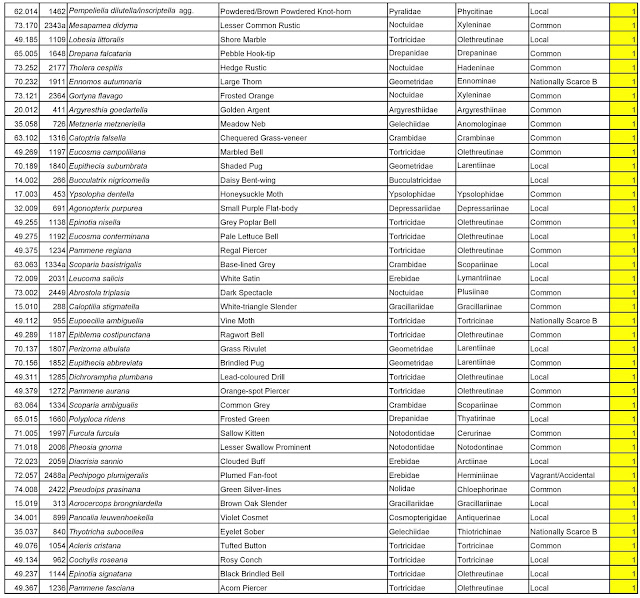 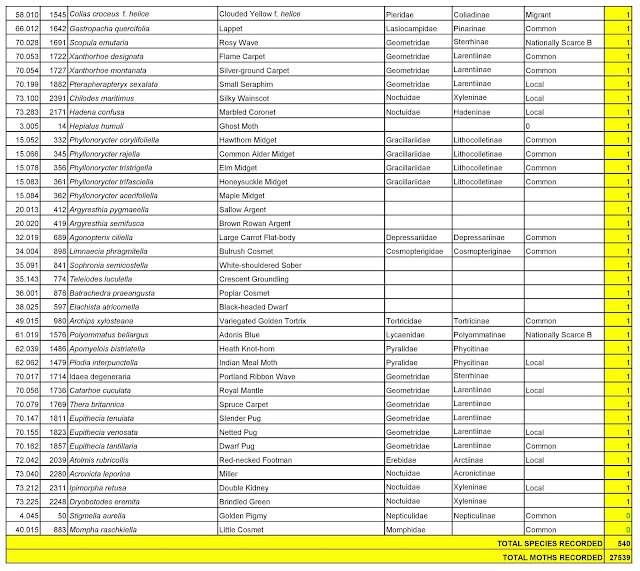